Culture_Shift: Planning the Future of Trades Training and Apprenticeship in BC

BCCA member companies employ over 75 percent of the apprentices in the construction industry. The organization has a keen interest and strong history of supporting trades training, playing an active role in training issues on behalf of its member companies and continuing to promote and support future growth and development of the system.

This paper was commissioned to promote discussion with regard to the next evolution of the BC trades training system; of promoting an understanding of the core elements of the training system and their functions; and, to propose a series of next steps for moving forward.

If the trades training and apprenticeship system is to remain relevant to the needs of industry, employers, and the system at large, it must stay abreast of the times by adapting to new technologies, evolving business practices, and fluctuating economic activity. The paper makes two core assumptions: that the demand for skilled workers will continue to be strong in the future, and that the supply of skilled workers will diminish as a result of changing demographics.

The BCCA Annual Report 2019 covers the fiscal year of April 1, 2018, to March 31, 2019. This report includes a note from the Board and President, updates on BCCA Programs & Services, Affiliations, our Association Network, and more.
Read More

An Introduction to Integrated Project Delivery

The BCCA does not promote one project delivery method over another, but advocates for a complete understanding of all methods available to an owner. BCCA’s opinion is that the industry should proceed with caution and be aware that IPD has many challenges to our standards and practices for market fairness. We should work with public owners to advocate for the development of an education program for all the stakeholders in IPD.
Read More

The BCCA Annual Report 2017 covers a significant and transformative year for the BC Construction Association. This report covers a note from the Board and President, Programs & Services, Partnerships, and our Association Network.
Read More

What's Required to be a Construction Contractor in BC?

This Guide is intended to provide some basic information and is an introductory guideline for those who may be newcomers to the construction sector in British Columbia.
Read More 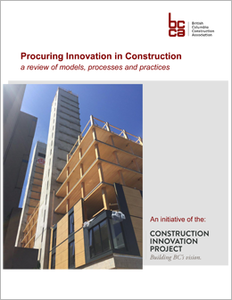 This new report is called “Procuring Innovation in Construction” and lays out the case for the sector to recognize the procurement process as the key for driving innovative projects and sector development.
Read More 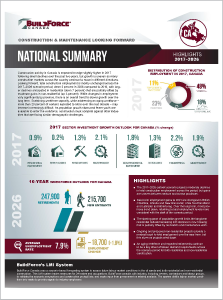 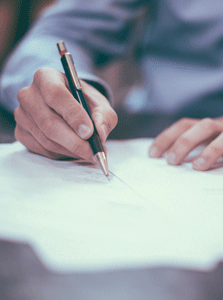 BCCA recognizes that corporate social responsibility (CSR) is a rapidly evolving issue and affects companies differently depending on their size, location and specialization.
Read More 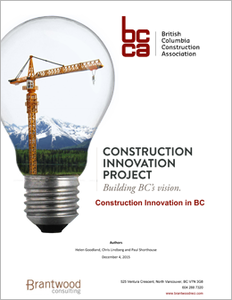 Construction Innovation in BC

The BC Construction Association is pleased to lead the charge on this important issue, and proud to have co-funded this report. We look forward to continuing the conversation and welcome all stakeholders to join us.
Read More 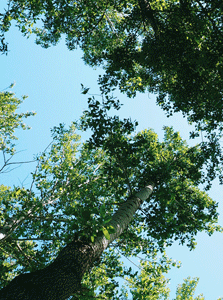 Green buildings, also known as sustainable buildings, are structures that are designed to use valuable resources such as energy, water, materials, and land more efficiently than buildings that are simply built to code.
Read More

Can Companies Really Do Well By Doing Good?

A recent study involving a survey of over 1000 CEOs found that 93% of them believe that sustainability will be important for the future success of their business.
Read More 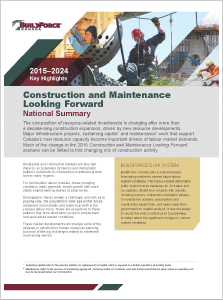 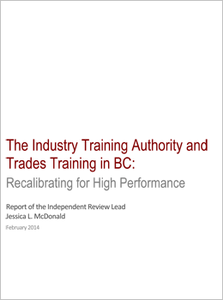 The province also published this independent review of the ITA, with 29 recommendations made to improve outcomes of the training system.
Read More 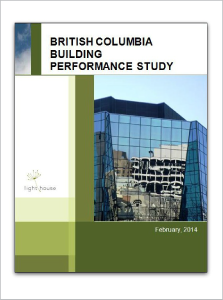 Light House is a not-for-profit company dedicated to advancing green building and the sustainable infrastructure and economic systems into which green buildings are intrinsically integrated.
Read More 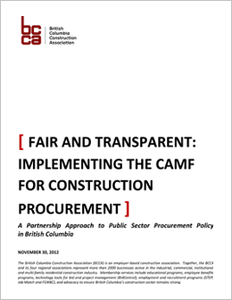 Fair and Transparent: Implementing the CAMF for Construction Procurement

Fair and Transparent: Implementing the CAMF for Construction Procurement stresses the need for partnership and outlines the struggle to successfully establish reasonable standards for government, Crown corporations and publicly-funded agencies’ use in capital asset planning.
Read More 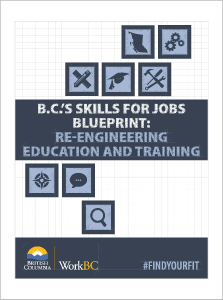 This is a major new initiative to revamp the way BC educates students from kindergarten through post-secondary, putting increased emphasis on skills training.
Read More 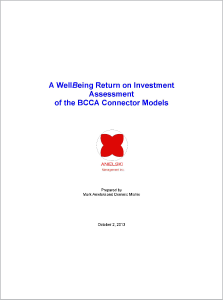 Skilled Workforce: The objective of this assessment was to evaluate the financial well-being impacts of employment programs and initiatives administered by the British Columbia Construction Association (BCCA).
Read More 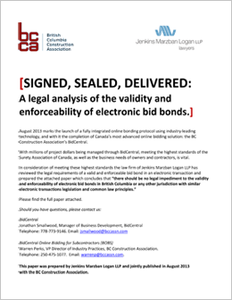 Signed, Sealed, Delivered: A legal analysis of the validity and enforcability of electronic bid bonds

August 2013 marked the launch of a fully integrated online bonding protocol using industry-leading technology, and with it the completion of Canada’s most advanced online bidding solution: BidCentral.
Read More 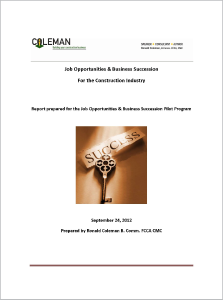 Job Opportunities and Business Succession is a thorough report on the impact of retirements, the state of business opportunities (for business sale, transfer or close), and discussion of business transition, planning tools, and other considerations for business owners.
Read More 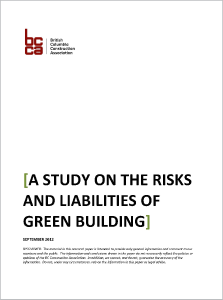 The Risks & Liabilities of Green Building 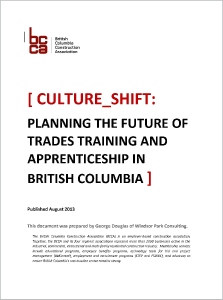 Culture_Shift: Planning the Future of Trades Training and Apprenticeship in BC

Skilled Workforce: This paper was commissioned to promote discussion with regard to the next evolution of the BC trades training system; of promoting an understanding of the core elements of the training system and their functions; and, to propose a series of next steps for moving forward.
Read More