Voice your opposition to your regional MLA 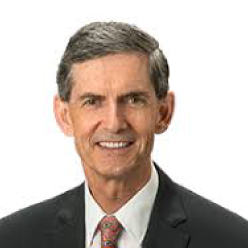 Response from the office of Simon Gibson

Thank you very much for your thoughtful and detailed correspondence regarding government’s  new labor agreement. (Community Benefits).  I acknowledge that the initiative is being organized by the BC Construction Association.

Your points are very well taken, in my view, and I agree in particular with your very relevant point regarding “fair, open and transparent procurement”.    Undermining the role  of employers will be the apparent result, as you note, and this is certainly troubling in a free society.

I wish you well with the campaign. 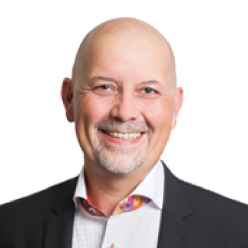 Response from the office of Adam Olsen

Thanks for reaching out about this and including our office in this conversation.

Andrew Weaver has written a blog post about this issue that I think lays out the BC Green position more clearly. If you are interested, you can find it here: http://www.andrewweavermla.ca/2018/07/19/community-benefits-agreements-proposed-bc-infrastructure-benefits/

I’ve copied the key points here for your consideration:

“Without a doubt, community benefit agreements can be a good policy tool to accomplish important objectives for public construction projects, such as increased apprenticeships, increased participation for indigenous trades workers, women and other underrepresented groups, commitment to local hiring, and more certainty on wages on project timelines.

A strong building trades labour force is critical for our province’s future. To meet our climate targets and build a stronger, sustainable economy, we are going to need to make significant investments into our existing building stock, as well as building new infrastructure including public transportation. We also need to ensure our workforce develops, in particular by ensuring that there are enough apprenticeship opportunities to train new workers.

However, CBAs must be advanced as a policy tool to address the values I outlined above – not as a tool to pay back political favours or to advance ideology at the expense of good policy. We have made this perspective clear to the government, and will be applying this approach to reviewing how the government awards Community Benefit Agreements in the future.

We have also asked government to provide reasoning for why the two projects announced earlier this week had a unionization requirement for workers on these two sites.

It is our view that CBA should be applicable for both union and non-union trade shops and that we are focused on ensuring that whoever is competing for a contract is meeting the requirements laid out in the CBA. To be clear – CBAs can be good policy, providing a good tool for government to help drive the development of a strong building trades labour force, as long as we use them for policy, not partisan reasons.” 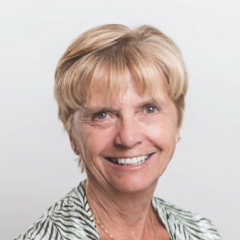 Response from the office of Linda Larson

Linda is against this new policy as are many of her colleagues. I am sure they will be putting a lot of pressure on the Premier to reverse this decision in the upcoming sitting of the Legislature. 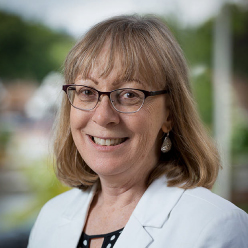 Response from the office of Ronna-Rae Leonard

I’m sorry you don’t agree with the premise of the Community Benefits Agreement.

Community Benefit Agreements are intended first and foremost to benefit the people of our province. These agreements put qualified people who live within 100 kilometers of the project first in line for work. Hiring local people means putting food on the table for BC families. It means growing local economies and building thriving communities as workers spend money at local businesses. Community Benefit Agreements also diversify our workforce by hiring more people from underrepresented groups such as women and First Nations.

These agreements are designed to ensure that when public dollars are spent on major infrastructure, these projects create good jobs for local workers, support local businesses, train apprentices to address BC’s skilled worker shortage, and get infrastructure projects built on time and on budget.

British Columbia is facing a major skills shortage that was ignored by the BC Liberal government for years. Projects will be competing for workers in a very tight market – and without action, this problem will become a crisis as more workers retire. This shortage limits economic growth and drives up the cost of projects. We want to fix that.

That’s why the Community Benefit Agreement includes an overall 25% target ratio on projects for apprentices. This creates opportunities for young people and ensures we’re training the next generation of skilled workers. Without the 25% apprentice target, there are few incentives for employers to train apprentices - one of the causes of the skilled worker shortage BC is facing.

Like any unionized worksite in BC, workers must be union members while they are employed at the project. However, any qualified worker will have the opportunity to apply regardless of whether or not they are currently union members. Similarly, both union and non-union contractors are eligible to bid on the project. There is nothing in the agreement that prevents non-union contractors from being a part of the process.

It’s time to make our infrastructure investments work for the people of B.C. The Community Benefit Agreement is how we make it happen.

Again, thank you for contacting our office.  MLA Leonard is always  happy to hear the opinions of her constituents.

Response from the office of Todd Stone

I completely agree with you. My Official Opposition colleagues and I are doing everything we can to shine a bright light on this ill-thought out plan from the NDP which is going to result in much more costly projects likely not delivered on time nor within original/ideal scope. In rewarding their select union friends, the NDP are thumbing their nose at the BC taxpayer and driving another stake through the heart of many BC employers (and their employees) – like yours – not to mention BC’s economy. Please keep me posted on any response you receive.

Response from the office of Norm Letnick

The NDP’s new labour deal for public infrastructure projects have alienated roughly 85 per cent of construction workers. The new agreement now forces membership in the union, which is not only a breach of natural justice, but also appears to be unconstitutional.

The NDP are not working for all of B.C. They want people from the Okanagan, the Peace, and the Island to pay for this project, but won’t give them a chance to work on it. We've seen this before with the NDP - costs of the projects go up and the project gets smaller, with the billion dollar Island Highway Project as the best example. Independent analysis shows this could add as much as $4.8 billion more to the cost of public projects – nearly $4,000 for every family in the province.

At a time when the NDP is failing to deliver on major affordability promises, John Horgan is once again increasing costs to the taxpayer.
The solution is simple, give British Columbians a framework for community benefits that serves everyone in the province, and drop the labour monopoly.

Norm and his colleagues will continue to raise this issue in the legislature this fall.

Response from the office of Ken Hardie

Perhaps there will be opportunities for the Association to work with the province and come up with a positive way forward on this.

The federal government recently passed a Private Member’s Bill that will look for benefits such as local procurement, opportunities for apprentices and the inclusion of community amenities in federal projects.  Those types of benefits deliver elements that can amplify the positives from a government investment.

Response from the office of Donna Barnett

I would like to respond to my constituents whom have sent me the form letter through the BCCA. Thank you for your emails, I totally agree and wonder what happened to a person’s rights? Thank you again for keeping me informed. 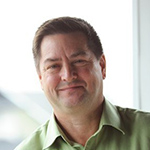 Response from the office of Tom Shypitka

Thank you for including me in on your correspondence with the Premier on this important issue now facing our province.

I couldn’t agree more with your summation on the amendments forthcoming on the federal bill (C-344) and the current provincial CBA.

An additional detriment to the provincial CBA is something you touched on at the end of your letter and that is the negativity on attracting investment to our province and the competitive advantage we lose on an unfair procurement process.

I realize that the CBA initially targets BC infrastructure projects but this will have a residual effect down the road to include goods and services we produce for export out of province, It would be nice to think we live in a bubble in this province but the fact is that we live in a very competitive global market.

Unions and standards have always evolved with the private and public sector. The balance has always been struck with a fair free enterprise system. This has no place for high level government interference. Profitability and sustainability are fragile luxuries this system provides and a major shift can upset this balance very quickly.

Would it be OK if I forwarded this letter to the leader of the opposition (Andrew Wilkinson) as a testimonial of public opinion? It would certainly help us send the message that BC is not supportive of back door union deals in order to sustain political alliances.

Voice your opposition to your regional MLA